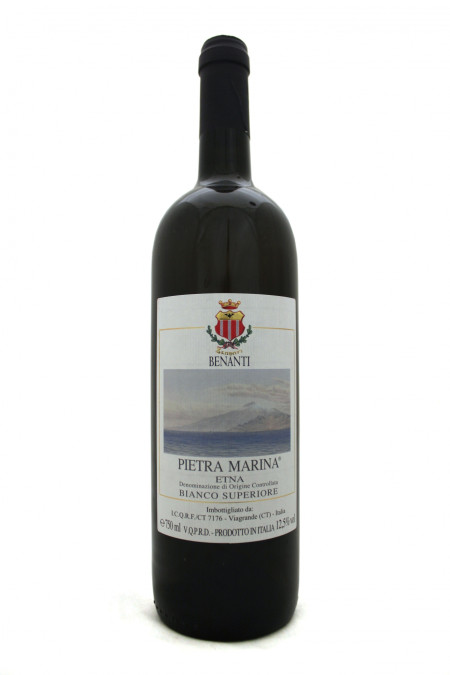 The Benanti winery was founded in 1988 by Giuseppe Benanti, a pharmaceutical entrepreneur from Catania who decided to turn his family’s long standing traditional passion into an ambitious and challenging new venture. Wine had been produced by the family for several generations, mostly for private consumption, until Giuseppe finally decided to establish the winery  with the aim of preserving the unique terroir of Etna’s volcanic slopes whilst cherishing and developing the indigenous Etnean varieties.

The 80 year-old Carricante vines that produce this beautiful wine grow on the eastern slope of Etna in the comune of Milo. Only the Etna Bianco produced in this region may be given the title of Superiore. Like many of Etna's grapes, Carricante ripens late due to the large range in diurnal temperature and are harvested in the last week of October before being softly and slowly pressed. Fermentation takes place in stainless steel tanks and the wine is left to mature for 2 years before bottling and further refinement in bottle for 10-12 months.