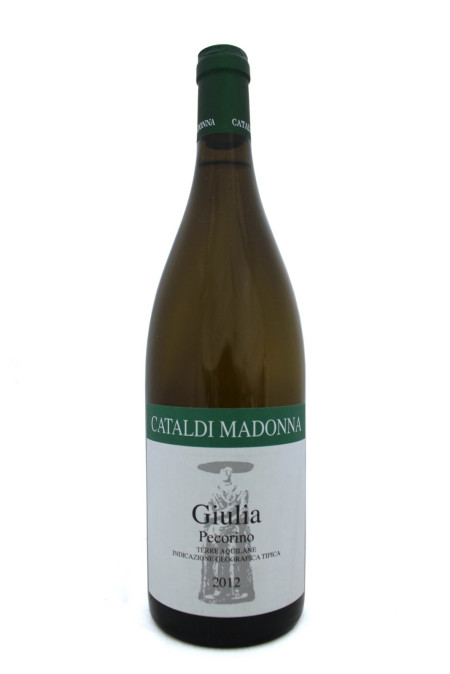 Luigi Cataldi Madonna is an amazing success story and the maker of some of Italy’s greatest white wines of today. He is correctly regarded by wine experts as one of the top wineries not just of Abruzzo, but Italy as well. The merits for a similar rise to stardom must go to Luigi, son of Antonio Cataldi Madonna who followed in his father’s footsteps at the estate, founded in 1920. Though Antonio launched the estate into the modern era with his arrival  in 1968 (he replanted the vineyards, renovated the buildings and the technical equipment), it is Luigi, aided by star consultant winemaker Lorenzo Landi who has really put Cataldi Madonna on the map by believing in the native grape variety Pecorino, from which he crafts what is arguably one of Italy’s top ten white wines. Luigi is very keen on trying to preserve and to develop the specific regional characteristics of the wines and it is to his credit that his Trebbiano d’Abruzzo has also never been better; indeed the 2011 is the best ever made at the estate.

Your invite to our Cantine Gemma Wine Tasting and Dinner at Field and Fawcett on Wednesday 17th April - https://t.co/dJGX6spliP