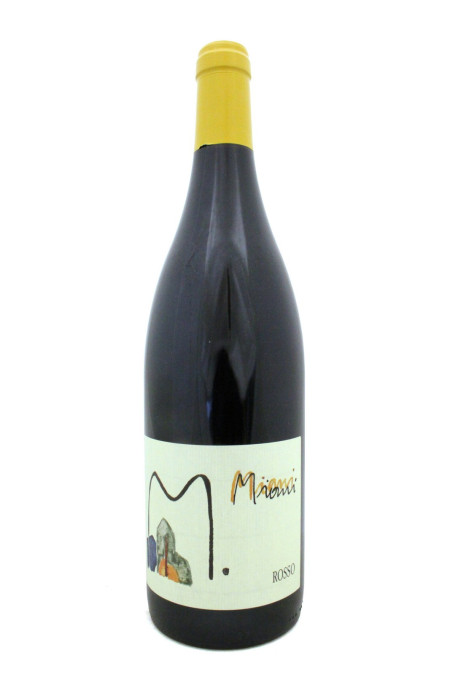 The grapes of Miani wines grow on a total of 13 hectares (4 owned by the family and 9 additional ones). The varieties cultivated here include Merlot, Cabernet Sauvignon, as well as the endemic grape varieties such as Refosco dal peduncolo rosso while white varieties include Chardonnay, Sauvigno, Malvasia and Friulano. The altitude of the vineyards ranges from 100 to 300 m, and the vine density in most of the vineyards is 3000 plants per hectare. The vineyards are cultivated with such discipline and precision, that they almost seem to be under a rigid dictatorship. In the winter the vines are pruned mercilessly, and the drastic green harvest leaves rarely more than a single bunch or two on a vine. It is clear that revenue and profitability have never entered the winemaker's agenda. The manicured vineyards show the winemaker's intense passion, one would say verging on madness, for his land. For Enzo Pontoni this is the only way to produce some of the world's most celebrated and sought-after wines. Miani estate is located in the Colli Orientali DOC area which is the hilly slice of the Udine province near Italy's border with Slovenia. The entire Colli Orientali DOC area covers about 2000 hectares. Enzo took over the family winemaking business about a dozen years ago, after his father had passed away. He abandoned his engineering career and discovered in winemaking his new passion. Almost 7 feet tall, he has a commanding presence of a maverick who accepts no compromise when it comes to making wine: each year he produces from the 13 hectares only 9000 bottles of wine, all according to rigorously organic methods. What makes Enzo different from other winemakers is his “culture of the vine”: he treats each plant as a separate micro-climate, as an individual to whom he helps to express its personality to the fullest. Enzo's cellars are humble to say the least, but they are more than sufficient for his artful conversion of intense juices from miniscule yields into astonishing wines. He ages many of his wines in French oak barriques, and does not interfere with the natural temperature of fermentation. His reds are complex and decadent, and his white wines are perhaps the best in Friuli.

My Merlot Is Not The Answer, Bauer

Your invite to our Cantine Gemma Wine Tasting and Dinner at Field and Fawcett on Wednesday 17th April - https://t.co/dJGX6spliP