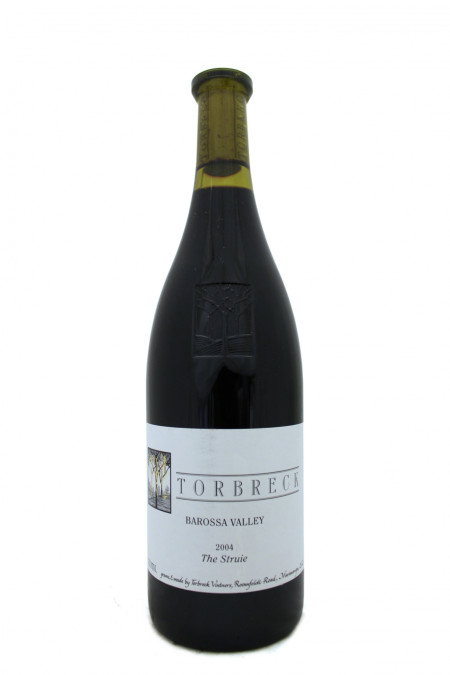 One of Australia’s leading wineries, Torbreck Vintners was founded by David Powell in 1994. Torbreck exclusively produces wines from the most revered vineyards in the Barossa Valley, home thanks to its freedom from Phylloxera to some of the oldest vines and clonal material in the world. The wines have been praised effusively since the beginning by the world’s leading wine critics, journalists and opinion leaders and are represented in the wine lists of the world’s best restaurants.

Named after a hill that rises above the Glenmorangie distillery, The Struie is the home of a pub called the Altman Arms. This is where David Powell first heard a band called Run Rig play!
When poured, the density and depth of the 2004 Struie is immediately apparent; completely black/purple with an opulent magenta tinge. A floral hit of violets makes way for the more brooding aromas of tar, chocolate, licorice and coffee with a subtle hint of cinnamon and spice. The rich, luscious palate of great concentration envelopes the mouth and silky smooth tannins compliment and complete this elegant blend.