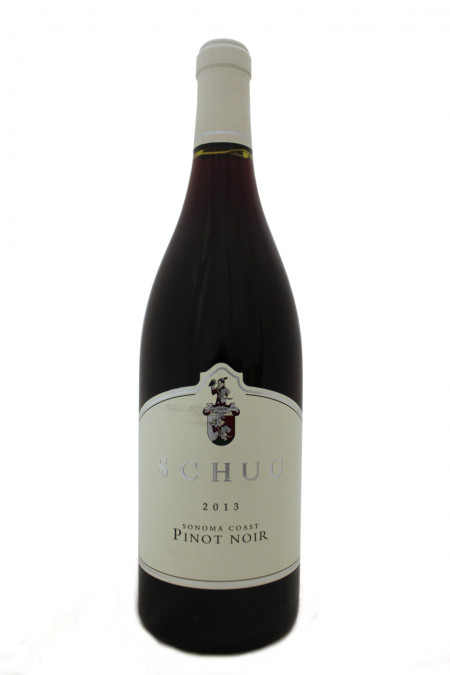 Schug Carneros Estate was founded by Walter Schug in 1983, bringing a somewhat European vision to Sonoma. Walter was born in Germany in 1935 and raised in the grounds of the Staatsweingut Assmanshausen, one of Germany's top Pinot Noir estates which his father managed. You could say that he was born with Pinot Noir in his veins. He attended the famous German Wine Institute in Geisenheim where he gained a degree in viticulture and enology in 1959. And then, invited on a one year internship at the California Grape Products Corporation in Delano he travelled to California, never to return. Actually he has returned many times, but he did emigrate for good, deeply impressed by the wine potential of the Golden State. In 1966 he was employed by Gallo and in 1972 became chief winemaker at Joseph Phelps Vineyards; over the next ten years he produced America's first proprietary blend, helped to establish the reputation of its Cabernet Sauvignons with single vineyard bottlings from such famous vineyards as Eisele, and bottled the first varietally labelled Syrah.

The cool climate and low yield of these vineyards allow Pinot Noir grapes to mature slowly while retaining their natural acidity, resulting in a balanced wine with ripe flavours, silky texture and crisp acidity. Aged primarily in large oak casks and “neutral” older barrels, this wine exhibits flavours of cherries, strawberries and spice, with a lively finish.