Unfortunately our Café Closed until further notice due to Covid-19 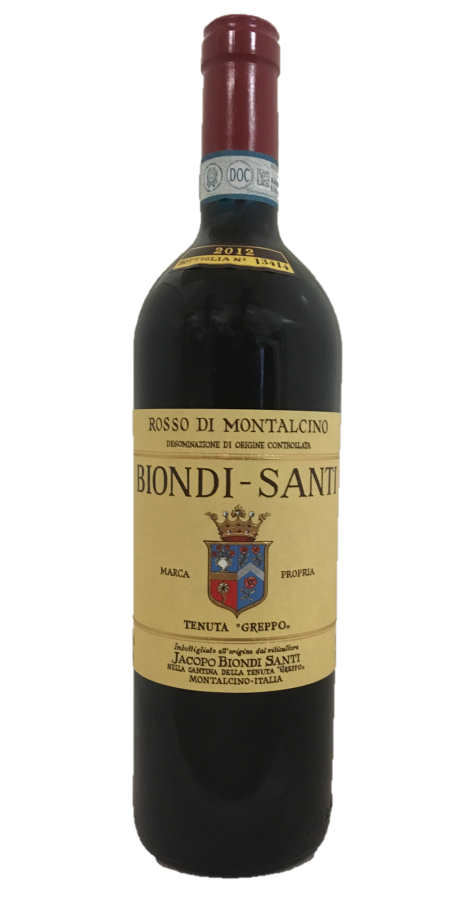 The name Biondi-Santi is synonymous the world over with the creation of Brunello in 1869, when the founding father, Clemente Santi, won two silver medals for his vino rosso scelto del 1865, now commonly known as Brunello. Today their wines are hugely famous & carry a glittering reputation for quality & aging potential, the wines were also a favourite of our very own Queen Elizabeth when in 1969, Italy’s President Giuseppe Saragat served Biondi Santi Brunello Riserva 1955 to Queen Elizabeth and other dignitaries at the Italian Embassy in London, the success of the selection gave the Biondi-Santi international acclaim & saw a surge in interest & demand for Brunello which Until the late 1960's, was made only in small quantities by just a few estates and consumed almost entirely in Italy.

The 2012 Biondi-Santi Rosso di Montalcino comes from the young vines at Tenuta Greppo, a wonderfully elegant wine that is rich in dark fruit, subtle floral undertones & more savoury leather notes, medium bodied with velvety tannins this is still youthful & fresh but will continue to develop for another 5-10 years.