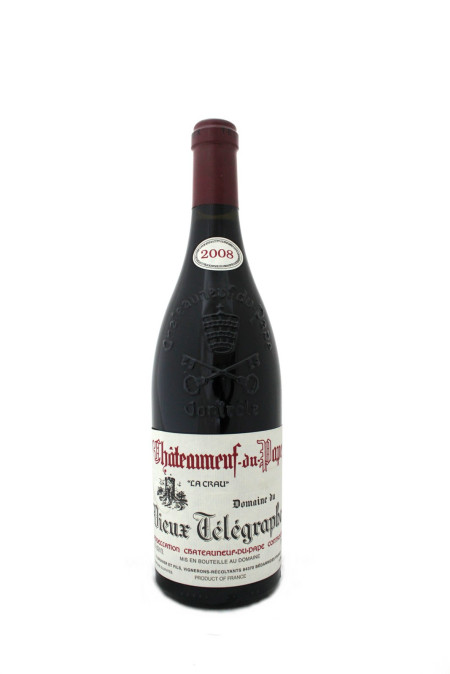 The Domaine takes its name from a tower built in 1793 by Claude Chappe (the inventor of the optical telegraph system) on the plateau near Bédarrides. The Domaine, owned by the Brunier family, consists of Grenache, Syrah, Mourvèdre and old Clairette vines planted in a small area named La Crau. The Bruniers produce very refined, beautifully measured Chateauneuf du Pape, the result of a harmonious marriage of traditional and modern techniques. Grapes are de-stalked except for their old Grenache vines, the wines are vinified in and aged in cuve for ten months, followed by a further 12 months in 50-70 hl oak "foudres." Eventually bottling takes place, without filtration, after a total of 22 months. This Domaine is a yardstick for modern era of Châteauneuf-du-Pape. Lovely bright fruit, this is very "Télégraphe" in style with the emphasis being on balance and finesse, boasting fresh and very pretty, long ripe red and black fruit flavours with shades of morello cherry. Beautifully defined fruit tannins provide a certain grip. The final blend comprises 65% Grenache 15% Syrah 15% Mourvedre, the rest Cinsault.