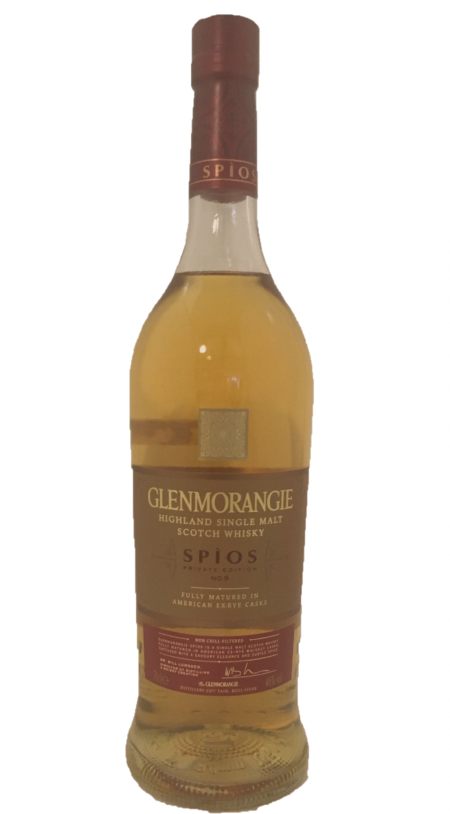 A big hit of spice kicks things off: cloves with a whack of cinnamon heat. Sour plums and baked apples roll through the middle, sat on a bed of leafy mint and tarragon. Warming anise notes build, along with creamy coffee sweets.

Clove, cinnamon, anise and mint floating on a pool of cream and coffee.

The name Spios, which is Scots Gaelic for 'spice', beautifully evokes this whisky's origins: it has been matured solely in casks that previously held American rye whiskey, a spirit known for its distinctive, spicy characteristics. Spios has a herbal nose and a rich, spicy palate, followed by a long, sweet finish.

Glenmorangie Spios is the ninth limited edition bottling in the distillery's Private Edition series, and the first single malt to have ever been entirely matured in American rye whiskey casks.