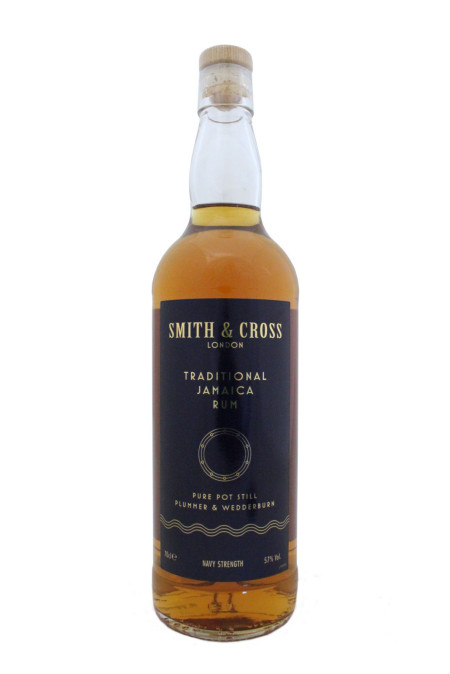 Smith & Cross can trace its lineage to 1788 laying claim to being one of England's oldest producers of sugar and spirits. Over time, the firm and its partners became prominent handlers of Jamaica rum, with extensive cellars along the banks of The River Thames.
This rum represents the distinctively flavourful and aromatic style that made Jamaican rum famous. Containing only heavier bodied Wedderburn and medium bodied Plummer pot still distillates, famous for their notes of exotic fruits and spice and fermented using a local strain of yeast indigenous to Jamaica, Smith & Cross delivers a tour de force of flavour and complexity that historically made Jamaica Rum a cornerstone of many classic drinks.
The nose is extremely aromatic and pungent with hints of alcohol that you would expect from this 57% ABV Jamaican pot still rum. Pineapple and ripe banana combine with more intense notes of tobacco, cocoa, cloves, cinnamon and spice to give a very intense nose.